Writing: The Secret Way to Calm Your Argumentative Kid 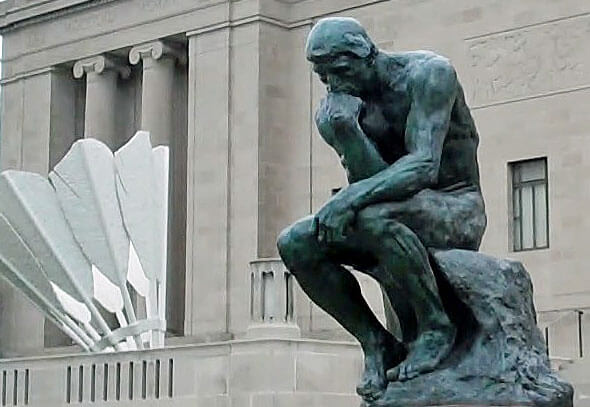 Everyone likes to argue, especially when they get to be about 12 years old.

“No, Dr. Lybrand, I have a quiet 12-year-old.” Well, maybe you have the exception, but something is wrong. Quiet people just argue in their heads, while other-than-quiet-people argue out in the ether.

Arguing is thinking. It is natural for humans to think, and debating an issue or question through is a keen way to think. You really don’t want to crush the talent for thinking in anyone…especially because learning how to think means they’ll have very little competition at work someday 😉

Arguing is a developmental stage for humans which matches the design of the brain. In classical educational understanding (Trivium), the game works roughly like this—

It works out that every subject you learn in life follows this form. You must understand the parts (Data), then understand how the parts fit together (Logic), before you can then use your understanding with others (Rhetoric/Communication).

So, having a child who likes to argue (or an employee who does the same) isn’t bad, but it needs some direction. This energy easily moves into writing, because WRITING IS THINKING. Here’s the simple thing you can do when a child gets animated about a subject or issue [our kids often preceded their argument with “They’re idiots…” We never consistently conquered this ungracious expression of frustration ;-( ].

Here’s what I recommend when you get your child to write about the issue that is frustrating them (the issue they are trying to think through):

Asking for them to explain why they are sure means they’ll need to generate evidence (proof in data or proof in logic, or both). When we express the basis of our conviction in terms of evidence, we often see the flaws ourselves. It is SO FUN to watch a child figure out their own bad thinking!

2. Ask them to explain exactly why the other side thinks the way they do.

Frankly, if you can’t argue both sides, then you don’t understand the issue. This is, in part, what the court system was intended to do…give the best argument both ways for a judge/jury to impartially decide (comment: sadly in court, ‘winning’ became more important than ‘truth’).

So, have your debater write using these two essentials. Even better, have the paper read and discussed together at supper or over ice cream. Everyone will benefit! Also, as a final thought, when your child is arguing with you about what he/she does/doesn’t want to do, these points will work well for you. Just ask (for example):

It’s not a cure-all, but it will be a big deal as they grow that you direct their unction for arguing! Also, you’ll at least help them become a GOOD lawyer!

This site uses Akismet to reduce spam. Learn how your comment data is processed.